News on an Emerging Vegan World
November 30, 2018
By Bronwyn Slater

Some news headlines from the past 3 months. 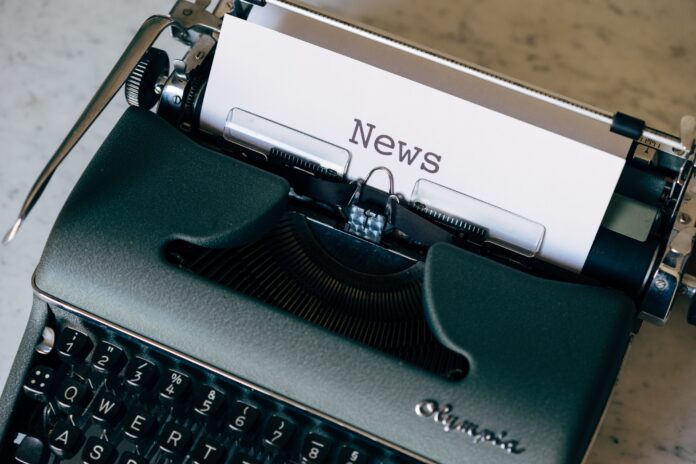 October saw the production of four highly significant scientific reports – each of which looked at the devastating effect of human activity on the planet.  The IPCC report and WWF’s Living Planet report in particular made headline news worldwide with their stark messages:

(1) The IPCC Report on keeping further global warming to no more than 1.5°C:

Global emissions have reached what the UN has called “historic levels” of 53.5 gigatonnes of carbon dioxide equivalent, and are showing no signs of peaking.  The Intergovernmental Panel on Climate Change (IPCC) produced a report which warned of the dangers of further global warming of more than 1.5°C, and said that if we don’t vastly reduce our GHG emissions in the next 12 years we will exceed this threshold, resulting in food and water shorgates, sea level rise, ecosystem damage, biodiversity loss, coral reef loss and more.  You can read our summary of the report’s findings here.

The World Wildlife Fund’s (WWF) ‘Living Planet’ report found a 60% decrease in wild animal populations over the past 40 years.  The group has called for an international treaty, modeled on the Paris climate agreement, to be drafted to protect wildlife and reverse human impacts on nature.  You can read our article on the report here.

(3) ‘Growing the Good’ report by the Changing Markets Foundation:

This report found that there was “a shocking absence of policies to drive and accelerate low-carbon transition in the food sector”.  Reduction in demand for animal products would be a relatively easy and cheap way to mitigate a significant share of global GHG emissions, especially short-lived but potent methane emissions, the report said.  It would also liberate vast areas of land, which could be used as a carbon sink and for nature conservation.  The report concludes that governments must step up by putting in place policies to reduce excessive meat and dairy consumption.

(4) Options for keeping the Food System within Environmental Limits – by Marco Springmann and colleagues at Oxford University, published in the Journal ‘Nature’:

This report says that the food system is a major driver of climate change, and analyzes different options for reducing its impact – including shifting towards a more plant-based and flexitarian diet.  It says that a massive global reduction in meat consumption is needed if we are to avert climate crisis.  In order to keep the global temperature increase at under 2°C (though scientists say we must keep it below 1.5°C) people must eat 75% less beef, 90% less pork and reduce egg consumption by 50% – replacing them with legumes and nuts.  UK and US citizens need to cut beef by 90% and milk by 60% while increasing beans and pulses between four and six times.  They say that reducing meat consumption might be achieved by a mix of education, taxes, subsidies for plant-based foods and changes to school and workplace menus.

A UN annual report called the Emissions Gap Report monitors the gap between government commitments to reverse climate change and the actual implementation of these policies.  This year’s report was produced in November.  On current policies, it says, annual global emissions would hit 59 gigatonnes of carbon dioxide-equivalent by 2030.  If countries met their unconditional 2030 targets they would hit 56 gigatonnes.  To have a 66% chance of meeting the 2°C Paris target, emissions would need to be down to about 40 gigatonnes a year by 2030 and to achieve the more ambitious target of 1.5C they would need to fall to about 24 gigatonnes.  This article in The Guardian discusses the report.

The CEOs of plant-based companies Beyond Meat and Impossible Foods (Ethan Brown and Pat O. Brown, respectively) have won the UN’s top prize ‘Champion of the Earth’ for 2018.  UNEP (the UN’s Environmental Programme) said that the CEOs received the prestigious title for their innovations to displace animal agriculture—an environmentally damaging industry which it says “has brought us to the verge of catastrophe.”  UNEP said that plant-based products like these are imperative to achieving climate-change goals.  “There is no pathway to achieve the Paris climate objectives without a massive decrease in the scale of animal agriculture”, UNEP said.

A constitutional amendment aimed at ending live dog racing in Florida has won at the ballot box.  On Nov. 6th the amendment got 69% ‘yes’ votes and 31% ‘no’ votes statewide.  Proposed amendments need at least 60% approval to be added to the state’s governing document.

The Protect Dogs-Yes on 13 campaign called it a “historic vote”. “Florida voters have delivered a knock-out blow to a cruel industry that has been hurting and killing dogs for nearly a century,” the campaign said.  “Greyhounds make wonderful companions, and this is an opportunity to help thousands of dogs find loving homes.”

Tesco has just announced that it is more than doubling its own brand plant-based food range.  The new range, comprising 26 products including pies, ‘sausage’ rolls, sourdough pizzas, deli foods and chilled desserts, was rolled out in October.

In the last year, sales of chilled vegan foods at Tesco have soared by a massive 25%, helping to swell the UK meat free market to £310million.  Demand for vegan food is rising so rapidly that it has now become the UK’s fastest growing culinary trend of 2018.

A ‘quit meat’ helpline – the first of its kind in the world – has been launched in Denmark.  It is part of a campaign called ‘Time to Quit’ which aims to reduce meat consumption by comparing meat-eating to smoking.  The hotline is staffed by doctors and nutritionists, and aims to help callers either reduce their intake of meat or eliminate it from their diet completely.  Danish citizens currently eat between 90 and 100 kilograms of meat each year.  The campaign organisers say that this will have to change to avoid ‘climate disaster’ and to protect consumers’ health.

Billionaire Pledges to protect 30% of the Planet by 2030

A Wyoming billionaire plans to purchase around 15% of the planet, doubling the amount of lands and waters on Earth that are currently under protection.  Scientists say that at least half the planet needs to be protected to save a large majority of plant and animal species from extinction.

83-year-old steel magnate Hansjörg Wyss has already donated $450 million to protect 40 million acres of land and water across the globe since the establishment of his Wyss Foundation in 1998.  The new Wyss Campaign for Nature adds $1 billion more toward those efforts.  The money will be used to “create and expand protected areas” with the goal of protecting 30% of the planet’s surface by 2030.

There are major fears that within a year or two the world will be engulfed in an African Swine Fever pandemic.  The virus, which can have a 100% mortality rate in pigs, currently has no treatment.  It has now spread to China (home to half the world’s domestic pigs), having spread to Georgia in 2007 from West Africa.  A spokesperson has said that it may take years for ASF to reach the UK but said that big jumps are possible, and if detected in a major pork-producing country like Denmark, Germany, Spain or the US it could decimate the industry.

Authorities require a cull if the virus is found in a herd.  Wild boar have been identified as one of several possible culprits for the recent spread.  It can also spread via insects such as ticks.  But the virus can also survive for several months in processed meat, and several years in frozen carcasses, so meat products are a particular concern for cross-border transmission.  Humans cannot contract ASF.  However, pig physiology is close to human physiology and future mutations of the virus may therefore become dangerous to human beings too.

Ecuador’s High Court Rules That Wild Animals Have Legal Rights Ecuador's top courth has ruled...
Previous articleWhat Are Antioxidants? And Why Are They So Good For You?
Next articleTransition to an Irish Vegan Agricultural System