Veganism and Sustainability in the News – Autumn 2018

Magazine - Back IssuesAutumn 2018News on an Emerging Vegan World
August 30, 2018

Some vegan and sustainability-related news stories from the past few months. 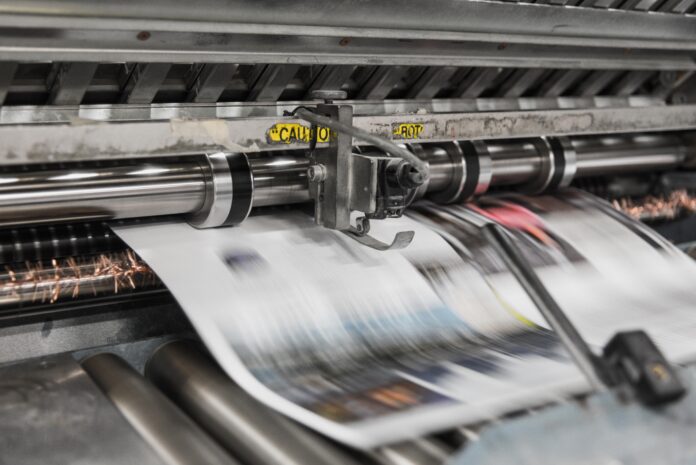 Veganism could reduce global farmland use by more than 75%

In June the journal ‘Science’ published one of the most comprehensive studies undertaken to date to understand the environmental impact of specific food products and global agriculture.  Researchers analyzed 570 studies tracking the field-to-fork journeys of 40 different foods.  The study assessed data on over 38,000 farms and 1,600 processors, packaging types and retailers across 123 countries.  They examined the impacts on five variables:  land use, water use, greenhouse gas emissions, ocean acidification and eutrophication caused by the 40 different products.

The research showed that:

“A vegan diet is probably the single biggest way to reduce your impact on planet Earth, not just greenhouse gases, but global acidification, eutrophication, land use and water use,” said lead researcher Joseph Poore of Oxford University.  “It is far bigger than cutting down on your flights or buying an electric car,” he said, as these only cut greenhouse gas emissions.

Vegan and plant based diets now mainstream according to experts

Data commissioned by the Plant Based Foods Association shows huge increases in the sales of plant-based foods in 2018.  Statistics from the report state that:

On Friday July 27th hundreds of doctors dressed in their white coats stood together in front of the White House holding a ‘Go Vegan’ banner.  The group was led by Neal Barnard MD, President of the Physicians Committee for Responsible Medicine.  “We hope that Americans take this message to heart and break the meat habit for themselves and their families,” said Dr. Barnard.

The doctors had travelled to Washington for the 6th Annual International Conference on Nutrition in Medicine.  “Diet is the leading cause of death and disability in the United States.  Health care providers are eager to learn to use the power of nutrition.  The International Conference on Nutrition in Medicine is the perfect place to do that”, Dr. Barnard said.  The doctors also displayed a “Ditch the Dairy” banner in protest at the USDA’s recent $50 million bailout for the dairy industry.

Enough trees to fill 44 football fields were lost from tropical forests every minute of every day during 2017 as the world racked up its second worst year for global tree cover loss, according to new data from the University of Maryland published by the World Resources Institute.  The worst year was 2016, when a strong El Niño ― a weather event that causes both droughts and floods ― was in play.  Even so, fire, chainsaws and disaster erased about 37 million acres (58,000 square miles) of tropical forest in 2017, an area larger than Bangladesh.  Deforestation, at the current rate, is thought to be responsible for a tenth of global emissions.  Yet studies show that rainforest nations such as Brazil and Indonesia have spent over 100 times more on subsidies for sectors that drive deforestation ― palm oil, timber, soy, beef and biofuels ― than they received in international aid to prevent deforestation.  Rates of deforestation increased in the Democratic Republic of the Congo and Indonesia and remained high in Brazil, the US and Russia.

Soy, beef, palm oil and timber are responsible for most of the world’s tropical deforestation but beef plays an outsize role in the worst-affected countries, causing more than twice as much deforestation as the other three commodities combined.

Colombian Amazon now has same rights as a person

The Colombian government has been ordered to take urgent action to protect the Amazon Rainforest by its own supreme court.  In a historic ruling, the country’s most senior judges said the state had not done enough to tackle the destruction of the environment.  The ruling comes after a group of 25 people filed a lawsuit claiming their constitutional rights to life, food and water were being violated.

Columbia’s rainforest – an area the size of Germany and England combined – is being destroyed by farming, agriculture, cocaine production, illegal mining and logging.  The rate of deforestation increased by 44% between 2015 and 2016 and by another 46% by 2017.

The Amazon is now recognised as an “entity subject of rights”, meaning it has the same legal rights as a human being.  A plan of action is to be put in place over the next few months, as per the court ruling.

According to the World Resources Institute, following pressure to reduce deforestation the government has “cancelled a major highway project connecting Venezuela and Ecuador, destroyed several illegal roads, expanded Chiribiquete National Park by 1.5 million hectares, and launched the Green Belt initiative to protect and restore a 9.2-million-hectare forest corridor.  It’s too early to tell if these actions and others will be enough to slow the country’s rampant forest loss.”

A South Korean court has outlawed the killing of dogs for meat.  Dog meat has long been a part of South Korean cuisine, with about one million dogs believed to be eaten annually.  However, consumption of dog meat has been steadily declining in South Korea as people increasingly view dogs as man’s best friend rather than livestock or a food source.

The court decision sparked angry protests from dog farmers, with one farmer commenting: “Cows, pigs, chickens and ducks are all raised to be consumed and why not dogs?”  There are approximately 17,000 dog farms across the country.  These farms usually double as slaughter houses as the government does not license abattoirs to kill dogs.

The Indonesian Government has also pledged to ban the trade of cat and dog meat.  A global petition by Dog-Meat Free Indonesia (DMFI) collected more than 930,000 signatures from around the world, including those of Cameron Diaz, Dr. Jane Goodall, Simon Cowell, and Ellen DeGeneres.  93%  of people living in Indonesia do not agree with eating dog meat.

Monsanto to pay $289 million in damages in terminal cancer case

Agrochemical giant Monsanto has been ordered to pay $289 million in damages after allegedly causing one man’s cancer and failing to warn consumers of the dangers of its products.

The claimant in the case, groundskeeper Dewayne Johnson, is among more than 5,000 similar plaintiffs across the US.  Johnson was diagnosed with terminal non-Hodgkin’s lymphoma in 2014 and had used Monsanto’s weedkillers for a number of years as part of his job.  The jury found that the use of the weedkiller contributed substantially to the development of his illness, and that the company had acted with malice by deliberately concealing the carcinogenic properties of its products (Roundup and Ranger Pro).  Correspondents say the California ruling is likely to lead to hundreds of other claims against Monsanto.