News on an Emerging Vegan WorldMagazine - Back IssuesSummer 2020
May 29, 2020
By Bronwyn Slater

A roundup of some news headlines over the past 3 months. 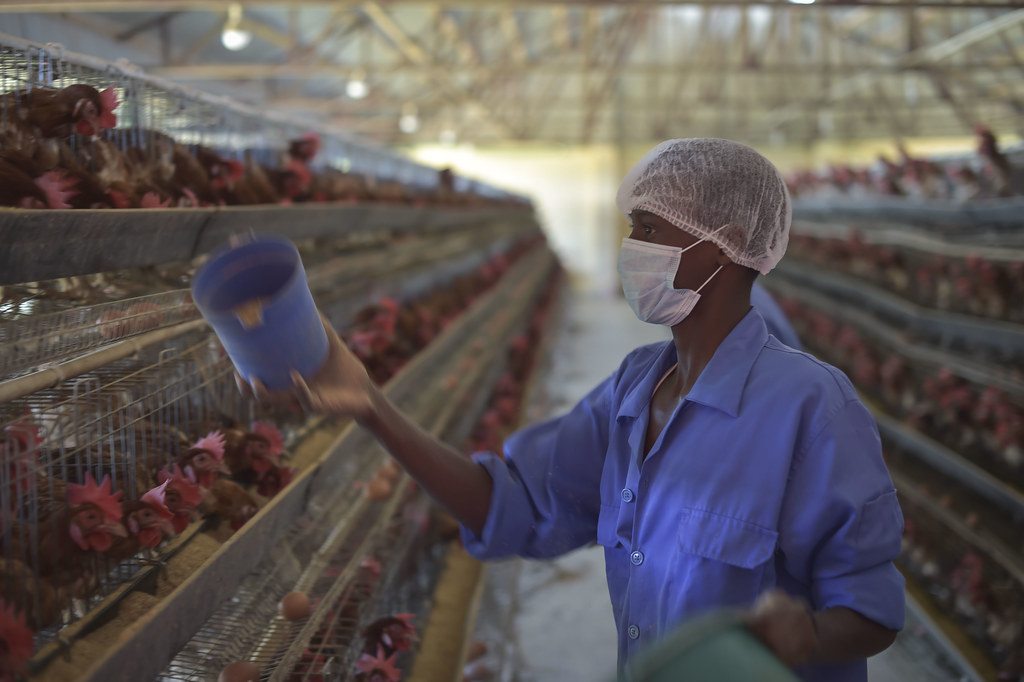 In 2019 an IPBES report concluded that human society was in jeopardy from the accelerating decline of the Earth’s natural life-support systems.  In an article published on the 27th of April, IPBES wrote:

“Diseases like COVID-19 are caused by microorganisms that infect our bodies – with more than 70% of all emerging diseases affecting people having originated in wildlife and domesticated animals.  Pandemics, however, are caused by activities that bring increasing numbers of people into direct contact and often conflict with the animals that carry these pathogens.  Rampant deforestation, uncontrolled expansion of agriculture, intensive farming, mining and infrastructure development, as well as the exploitation of wild species have created a ‘perfect storm’ for the spillover of diseases from wildlife to people.  This often occurs in areas where communities live that are most vulnerable to infectious diseases.”

The group has called for an end to business as usual.  “We can build back better and emerge from the current crisis stronger and more resilient than ever – but to do so means choosing policies and actions that protect nature – so that nature can help to protect us.”

More than 200 of the world’s wildlife groups sent an open letter to the World Health Organization calling on it to recommend a permanent ban on all live wildlife markets and the use of wildlife in traditional medicine.

The letter states: “We applaud WHO for stating that governments must rigorously enforce bans on the sale and trade of wildlife for food.  However, in most countries such bans don’t exist.  We also note that there are many ways in which wildlife is utilised, like the use of wild animals for the production of traditional medicine, that could pose a risk to human health.

We call on the WHO to release a formal position statement containing clear advice to governments to institute comprehensive and rigorously enforced bans on live wildlife markets and to close down the commercial wildlife trade which poses a risk to public health.”

UK charity Viva! has launched a new campaign called ‘3 in 4’ – to highlight how three in four of the world’s new and emerging infectious diseases come from animals.  The campaign has received widespread media coverage.

The organisation’s director Juliet Gellatley said: “Factory farms are breeding grounds for disease and a continuous threat to humankind.  The next pandemic is just as likely to come from a pig farm as a wet market.  We can reduce the risk of future pandemics, and end factory farming by going vegan.”

The group has also produced an information pamphlet on zoonotic diseases, copies of which can be ordered here.

A survey conducted by The Vegan Society reveals that one in five British people have cut down on meat consumption during the coronavirus pandemic.  According to the organization, the data highlights how pressures on supermarkets and consumers are changing buying behaviour towards a more ethical, compassionate alternative.  In addition to cutting meat consumption, 15% of respondents said they have reduced their dairy/egg intake over the lockdown period.

Tofurky says its growth doubled in March, compared to January and February prior to the COVID-19 outbreak.  Shares in vegan brand Beyond Meat are up 40% week on week.  The No Meat May campaign says it has seen sign-ups skyrocket, with 2020 numbers already standing at 25,000 compared to 10,000 in 2019.  According to data from Self.inc. almost a quarter of Americans are eating more vegan food because of the pandemic.

A report from MarketsandMarkets found that the market for global plant-based meat is projected to grow from $3.6 billion in 2020 to $4.2 billion by 2021, owing partly to the health benefits perceived by consumers during the pandemic, and the rise of online shopping.

The Financial Times reports that COVID-19 is “reshaping the North American food market,” stating that US sales of plant-based meat grew 200% in the week ending April 18th, compared with the same period last year.  The article quotes Bruce Friedrich at the Good Food Institute, as saying that plant-based meat companies are less vulnerable in light of recent factory closures, as alternative meats require less labour and the plant-based supply chain factors are much easier to manipulate.

The UK government is being urged to support dairy farmers to transition into plant-based farming or diversify out of animal agriculture.  The government has been urged not to bow to the continued demands from representatives of the UK dairy industry who are asking for handouts.

“Animal agriculture plays a central role in the causation of emerging diseases, so now is the time to stop funding it,” said Tor Bailey, Animal Aid campaign manager.  “We would like to see support for a progressive transition over to more sustainable, healthier, and planet-friendly, non-animal-based agriculture or into other sustainable forms of land management. We strongly believe that financial assistance should be focused on supporting farmers to move to this more sustainable and compassionate alternative.”

The UK Government is being urged to ban factory farming in a bid to prevent future pandemics.  Campaign group Pause The System says the Government is not taking the necessary action to help protect UK citizens.

The organization wants politicians to respond to the health emergency, take care of the most vulnerable, and prevent future pandemics.  They say that global pandemics are increasing as the climate crisis continues to worsen, due to changing environmental conditions.

Millions of US animals culled amid slaughterhouse shutdowns

More than 10 million chickens in the U.S. have been culled after slaughterhouses were forced to shut during the COVID-19 pandemic. It is estimated that 10 million pigs will have been culled by September, also as a result of the shutdowns.  Animal advocates have described the methods of killing the animals as ‘agonizing’.

More than 30 slaughterhouses were closed after numerous workers were infected with COVID-19.  There were 4,000 positive reported cases linked to meatpacking facilities, covering 115 facilities in 19 states.  In addition, at least 20 workers have been reported to have died.

Alex Lockwood to release documentary about Zoonotic Diseases and Agriculture

BAFTA-winning director Alex Lockwood has teamed up with What The Health‘s Keegan Kuhn to release a documentary on animal agriculture and its link to zoonotic diseases.

The film will look at the current Covid-19 crisis and its origins in the wildlife trade, and will also explore the fact that 60% of all known infectious diseases and 75% of all new emerging disease come from animals, with the majority originating in livestock.

Lockwood, who won a BAFTA for the documentary 73 Cows, said: “Whilst the public is becoming increasingly aware of the threat of zoonotic diseases, animal agriculture’s threat still isn’t being given the level of urgency it requires with regards to media attention.  With this film we hope to lift the veil of misinformation and corruption which help to keep this scientific reality a muted rumor.”