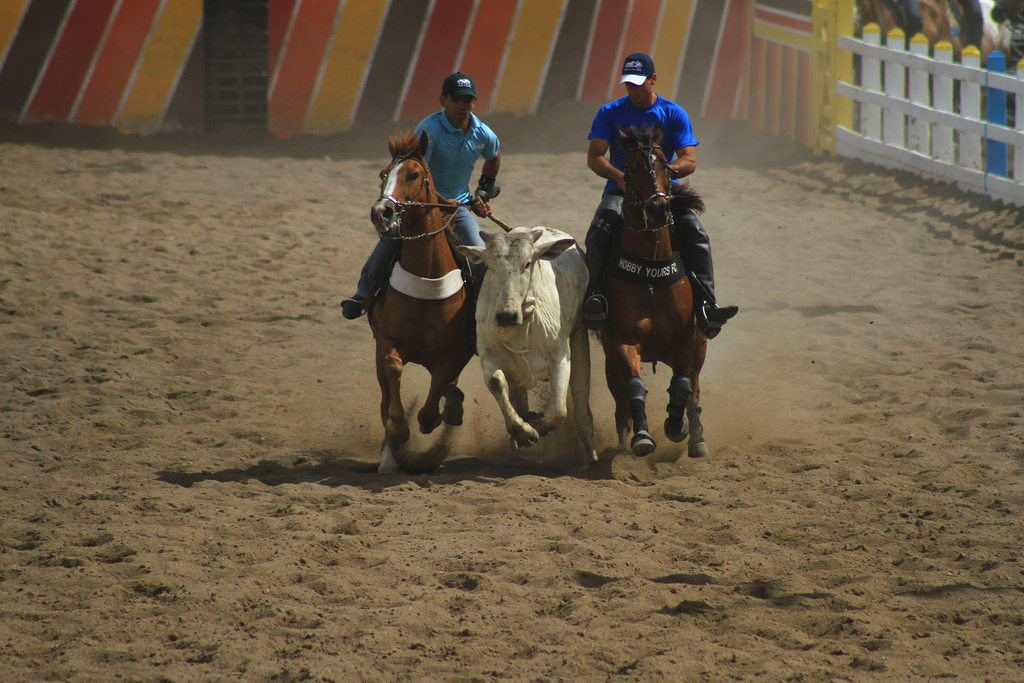 Vaquejada is a practice whereby two vaqueiros (cowboys) on horseback aim to knock over a bull by the tail between two chalk lines. It is very common in the Northeast region of Brazil. Most of the time, as the bull tumbles to the ground, it breaks one or more legs and sustains other painful injuries. In October 2016, after a lawsuit filed by the Brazilian Attorney General’s Office, the Supreme Court ruled that a law in the State of Ceará that regulated the practice of vaquejada was unconstitutional. With this decision, which also applied to other Brazilian States, vaquejada became illegal, and was therefore prohibited.

The proposal intended to include the statement that “sport practices that use animals shall not be considered cruel, as long as they are cultural manifestations registered as part of Brazilian cultural heritage.” The main justification for approving this constitutional amemendment  is that the vaquejada and the rodeo practices are part of the “Brazilian cultural heritage” and generate income and jobs – with the proviso that the practices are regulated by a specific law that ensures animal welfare.

It should be obvious that there is no such way of ensuring animal welfare in such a violent and painful practice. As for the creation of jobs and generation of income, it should be noted that Brazilian people are genuinely creative, artistic and welcoming, with an immensely rich culture, and the justification of violence as a spectacle to generate jobs and income is nonsense.

Unfortunately, the proposed  constitutional amendment was passed by the National Congress and passed into law on June 6, 2017 – which means that vaquejadas and rodeos are now constitutional in Brazil. It may henceforth also include the festival of the ox from the State of Santa Catarina, as this is also considered by many as “Brazilian cultural heritage”, although only a small minority appreciates such heinousness.

This is a huge contradiction and historical setback, since a federal law (10.220 of April 2001) prohibits the presentation of circus shows or similar, including the exhibition of animals of any kind, whether quadruped, biped, domestic or wild.

Many Brazilian citizens from different states in the country are expressing their complete disagreement through public demonstrations. They utterly repudiate such violent practices and a direct action of unconstitutionality will be proposed in the Supreme Federal Court.

It is also worth mentioning that in a country so rich in both natural resources and culture, the allegation that ill-treatment, violence, and immorality are cultural activities is totally disrespectful to the Brazilian people. Unfortunately, this ‘cultural’ smoke screen has often been used to defend violent practices against other individuals and groups in many countries.

The complete lack of any regulation of the exotic pet trade is a major...
Previous articleThe Blue Zones Solution (book review)
Next articleAntibiotic Resistance is moving towards a Tipping Point