The vast majority of the population is completely unaware of what happens to animals who are raised for food. Many people who have gone vegan have done so because they have become aware of the extreme cruelty and suffering that farmed animals have to endure. In this article I will try to outline some of the cruel procedures that are performed on farmed animals. It is important that everyone who eats meat or animal products knows what happens to these animals during their short and often miserable lives. 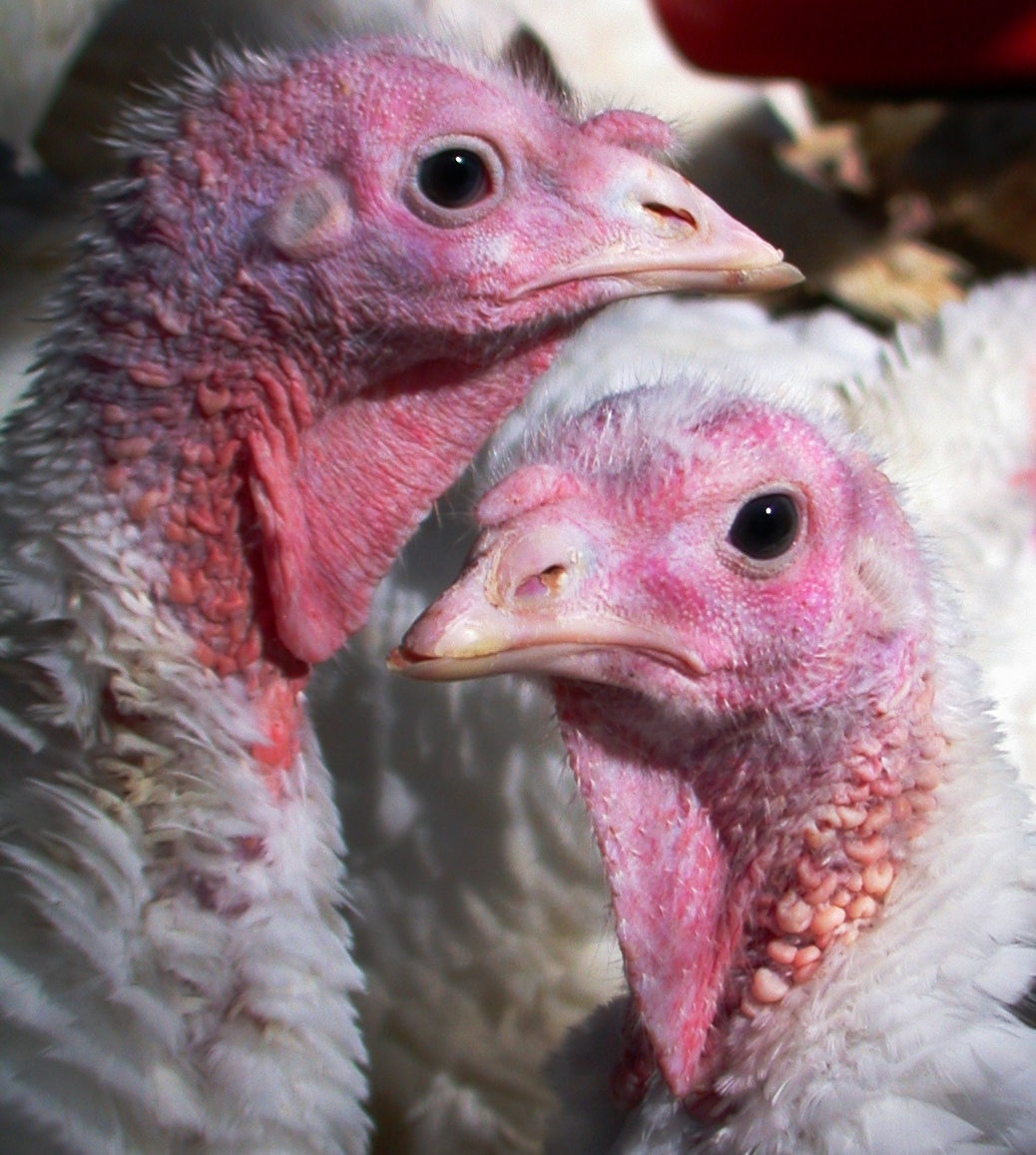 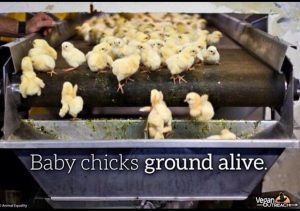 Chickens bred in intensive housing or battery systems have their beaks cut off with a hot blade (without pain relief). This is in order to prevent them from pecking each other as a result of frustration and lack of space. Debeaking can cause pain throughout the bird’s life.

Battery hens are crowded together with little more than the size of an A4 page per hen, and they cannot indulge in their natural behaviours such as dust-bathing and nesting.

Hens have been bred to produce up to 300 eggs per year. They are descended from a species which laid only 12 eggs per year. This puts enormous stress on their bodies and they can suffer from a range of illnesses such as osteoporosis, respiratory illness, peritonitis, lung, liver and heart disease, ascites, cancer and prolapse.

Meat chickens have been bred to grow very large in a short space of time. In some cases, the birds suffer broken legs as a result of having to support an unnatural amount of weight.

Chickens are rendered unconscious prior to slaughter using electrical water baths or gas. For electrical waterbath stunning, chickens are hung by both legs onto a moving shackle line. The birds’ heads swing into the electrified water in the bath and a stunning current passes through their body. A machine then cuts their throats.

What Other Animals Need from us

The Best We Have to Offer: Inside Ireland’s “Humane” Farming

In their most dire climate report to date, the UN’s Intergovernmental Panel on Climate...
Previous articleMoving to a Vegan Australia – Part 3
Next articleA New Farming Future